Well, my kids ——who are also my recipe testers/subjects——challenged me to cook something with blueberries other than muffins or pies. Challenge accepted!!! (And be careful what you wish for!!)

This was wildly popular and it was immediately added to my “best of Casa Chrissy” menu. It’s already scheduled to be on the opening night menu at Three. And it’s a great dish for holiday season dinner parties.

This is overall a very clean and gluten-free meal. A very large 4-6 oz serving of pork with the glaze, green beans and a cup of stuffing came to a total of 567 calories.

You can use lemon juice in place of apple cider vinegar. Also, you can substitute stevia for the honey. I suggest using tapioca flour (from the cassava plant) in the glaze which is a great gluten-free way to thicken just about anything without altering flavor. One of my favorite poultry seasonings is called “Persian Orange Tarragon” Poultry Seasoning by Nature’s Promise. That gives poultry & lamb a subtle autumn spice flavor but it’s not overwhelming. However, regular poultry seasoning works beautifully for these recipes. Finally, to make the stuffing gluten-free, I used Sprouted for Life Bread but I’ve also made it with Dave’s Killer Bread (the Good Seed Sprouted Loaf) and that just gives it an amazing rustic heartiness. That bread is the crowd favorite at my house. Toasting the bread before dicing it gives the stuffing extra texture.

With regard to timing: I prep the stuffing ingredients and start sautéing the stuffing vegetables, as well as cook the quinoa, before I prepare the pork. Then while the veggies are sautéing, I prep the pork and put it in the oven. The rest falls into place from there since the stuffing and the pork can bake at the same time. Enjoy!!!

Rub pork with poultry seasoning, salt and black pepper. Place in a roasting pan and roast for 25 minutes (total).

At 10 minutes into cooking time, add the green beans to the roasting pan, spread around the pork and drizzle with olive or avocado oil.  Return pan to oven for remainder of cooking time.

While the pork is roasting, heat 1 tablespoon olive oil in a small saucepan.

Continue to cook for an additional 5 minutes, or until thickened. To thicken this glaze further, add 1-3 teaspoons of tapioca flour while stirring the glaze continuously.

Serve pork with glaze drizzled on top alongside green beans and stuffing (see below).

• ¼ cup vegetable broth (use as needed)

2. In a small saucepan, cook the quinoa according to package instructions.

3. While quinoa is cooking, heat the oil in a large sauté pan or cast-iron skillet. Add the mushrooms, parsnips, leeks and salt and pepper into the pan and sauté until softened.

4. Stir in the poultry seasoning & cook for a few more minutes.

5. Add the bread & cooked quinoa to the pan.

6. Add just enough vegetable broth to keep the mixture moist (if any is needed—cooked mushrooms have a lot of moisture so the broth may not be necessary.) Season again with salt and pepper to taste.

8. Bake in the skillet or sauté pan at 400 for about 20 minutes. Stir before serving.

Christine Kamienski is a self-taught professional chef who currently works as a personal and restaurant chef, as well as a food blogger. She practiced as an Emergency Medicine physician for over 20 years before finding the the courage & confidence to pursue her real dream to become a professional chef. Christine found her culinary niche when she began to convert traditional and gourmet recipes into “clean-eating recipes”, including gluten-free, vegan, and dairy-free meals. Her inspiration came when she began a nutritional cleansing program that focused on clean eating. She stubbornly refused to believe that taste, creativity & style needed to be sacrificed for health! She hopes to open her own NJ restaurant —Three.— in the near future. The cuisine at Three. will feature her clean & creative twists on savory, stylish, & rustic plates.

Christine’s most important job is as a softball mom to two teenaged daughters. In her other spare time, she writes fiction & cheers for the NY Yankees. 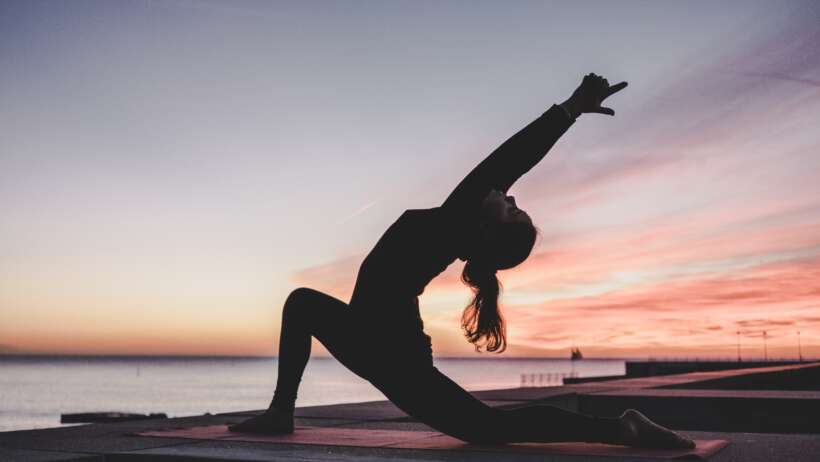 LOSE THAT BELLY STARTS BY KNOWING WHEN TO EAT!