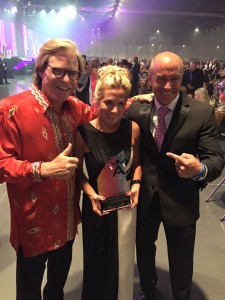 One year ago, Laura St. John launched Strong Confident Living with her husband Scott after a session of balcony brainstorming where they asked each other what do I believe? Do my actions reflect this belief? What happened next was the realization that helping people more would look like sharing their Isagenix products with their friends and community as a lifestyle change.

Just one year later, after a positive wave of energy in sharing the benefits of Isagenix, Laura has gone from a “closet” product user to being recognized on the Isa stage as the #2 Leader in Action Worldwide from the Isagenix Celebration. As the second largest business builder internationally, Laura leads the pack for believing in what is possible.

Motto: “Inch by inch in a cinch!” Make progress just a little every day. 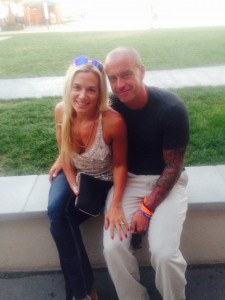 Initially Laura started Isagenix because she wanted to lose some weight after having her third son Lucas. She was doing anything and everything, but still not losing weight, so finally (reluctantly) she called up her friend Bethany because she had heard her story.

“I had never wanted to try Isagenix because I was such a believer in whole food eating, but then when I realized that it could be a lifestyle more than a diet, I never wanted it to stop.”

“Isagenix was much more about balancing the chemistry of my body than about dieting for weight loss. Scott and I had so much energy; We had never slept so well. I never felt so clear, balanced and good. I knew it was because our bodies were so much more balanced.”

Journey to the Isa Stage…

Laura didn’t want to share it at first because she never pictured herself as a salesperson. She had only sold intangible things before, like classes, so selling products out of boxes didn’t feel right. At their gym they even had an in-house nutritionist – trying to do everything not to introduce Isagenix. But when she saw how it benefitted her family’s health and finances, she realized it was a disservice not to share.

“What made me comfortable in sharing Isagenix was understanding that I wasn’t pushing people – I was truly wanting to help other people. Once my mindset shifted, the benefit from that followed. I saw people as a sea of possibility that could be helping other people too.” 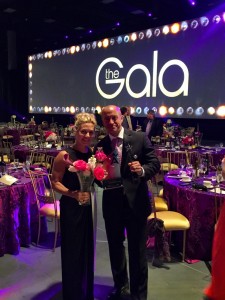 “Everything is built on belief– I cannot stress that enough—if you really believe it than you can make it happen.”

After slowly sharing it by word of mouth, her and Scott started to share it at the gym. They hosted challenges and got people excited about what was exciting about it to them. It started to grow without them realizing it was growing. Suddenly they were reaching people across the country and across the planet because people would tell their friends, or their cousins. The energy just exploded, which inspired them to really keep going.

“Scott and I said we want to be on that stage next time. We want to be the example of possibility for other people, so they can see what’s possible.”

Within one year, Laura was selected for the Women of Isagenix 2015 award and the Rising Star award for growing so rapidly and demonstrating outstanding leadership. She said it was because their SCL model was so inclusive. Their SCL approach was open to anyone – which is Laura’s favorite thing about SCL. You don’t need to be with Isagenix to be a part of the community. They welcome anyone who wants to live a healthy, fun and open-minded lifestyle, sharing support, advice, tips, and workouts to teams around the world. This is what ultimately led them to be the second largest business builder for 2015. 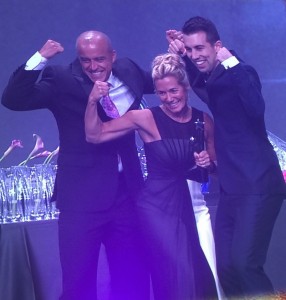 “We want to be on stage so other people can see that it is possible.”

“I don’t believe in getting significance in recognition, but I believe in being an example for what’s possible. We believed that we could do it and we did it.”

Now that Laura has made her vision a reality, she is trying to see how she can infuse confidence and belief in her team and the SCL community to see what is possible.

“Strong Confident Living means being mentally strong, and confident in how you hold yourself everyday. If you have these two things, then you can do anything. It is insanely magical.”

Laura believes that if you believe it, then you can manifest it. She constantly tries to align her purpose with what she believes and what she wants. We are a sea of bodies – bodies of potential to be examples of possibility for one another.

Connect with the community by following @pearlstreetFit and @CRUSHyourgoal on Twitter and Periscope (downloadable app for free live sessions of workouts and nutrition tips). 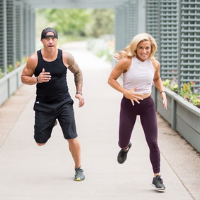 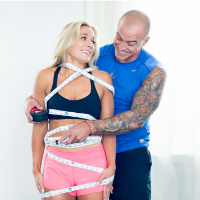 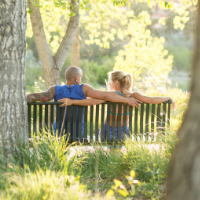 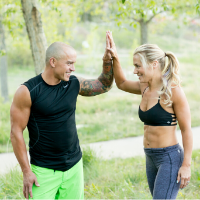